If you are a true gamer by mind and heart, you’d probably play every game like it is your last game! Gamers can very well relate to this phrase. Games are a great way to develop one’s competitive and imaginary skills. Years ago, video games were so simple with minimal graphics and easy-to-play gameplay.

As time passed, the quality and features of video games were enhanced to make them more complicated and much interesting. These video games made us addicted to their brilliant graphics, gameplay and techniques. Now, we have a tough time choosing what game to play as there are numerous games in the market in every genre.

Cross-platform compatibility allows the players to play a particular game together at the same time from different gaming consoles. If one gamer has a PS4, and another owns an Xbox One, they can play a game together from their respective game consoles if the game supports cross-platform between PS4 and Xbox One. Now, let’s get to know if Division 2 is a cross-platform game.

A Quick Introduction to The Division 2 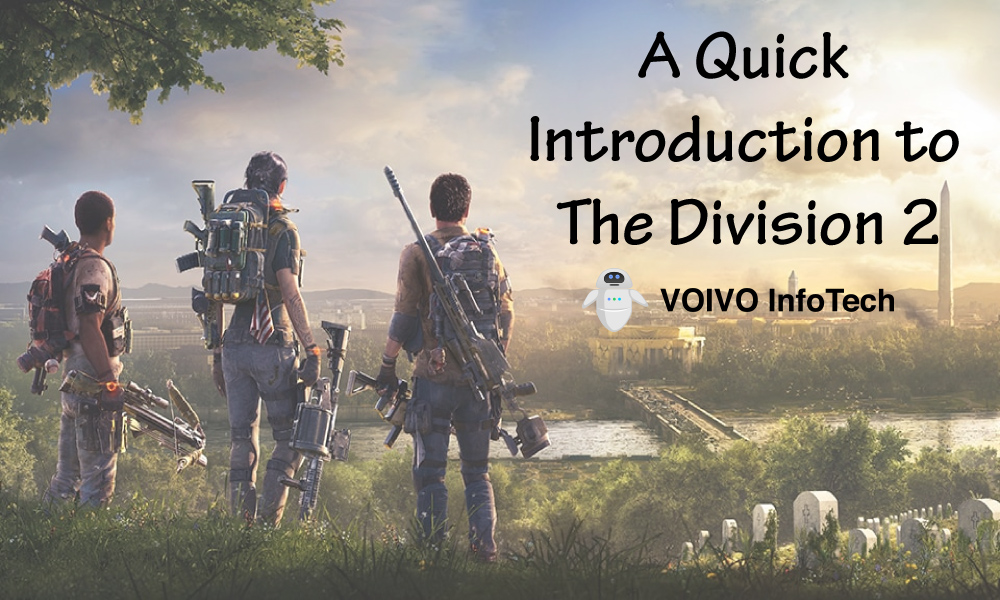 In the realm of gaming, ‘action’ is one of the popular and addictive genres. Division 2 is an action online-only video game with role-playing game play. The game is set in Washington DC in the future, where a genetically engineered virus is released in the city. The player, as in ‘You’ will be Strategic Homeland Division’s agent, who is trying to save the city.

The idea of the game itself captivates the attention of gamers. As an added advantage, apart from the idea, the game also comes with superior and realistic graphics, sounds, gameplay and settings.

Tom Clancy’s The Division 2 is a successor to The Division that was released in the year 2016. After it became a huge hit, the developers went on to make The Division 2, which was also a blockbuster and sold over ten million copies globally. The makers of the game are now working on a spin-off set ‘The Division Heartland’ after the great success of Division 2.

In the year 2019, Division 2 was released for PlayStation 4, Microsoft Windows, and Xbox One. The game supports multiplayer mode, where the player (agent) of the game can play along with other players (agents) to gain rewards and succeed in the objectives. You can own weapons, explosives, rifles and form a team with fellow players to finish a task.

One of the interesting features of this game is the ability of a player to call for backup while battling enemies in the game. When you call for a backup, other players can join the game with you and fight the rivals along with you. An agent can form a clan with up to 50 players at the same time. This feature naturally calls for cross-platform compatibility to make the best use of the gameplay.

It also helps the gamers build their gaming community and get to know fellow gamers across the world. But, does Division 2 supports cross-platform? Without making you wait, let’s get into the answer now! 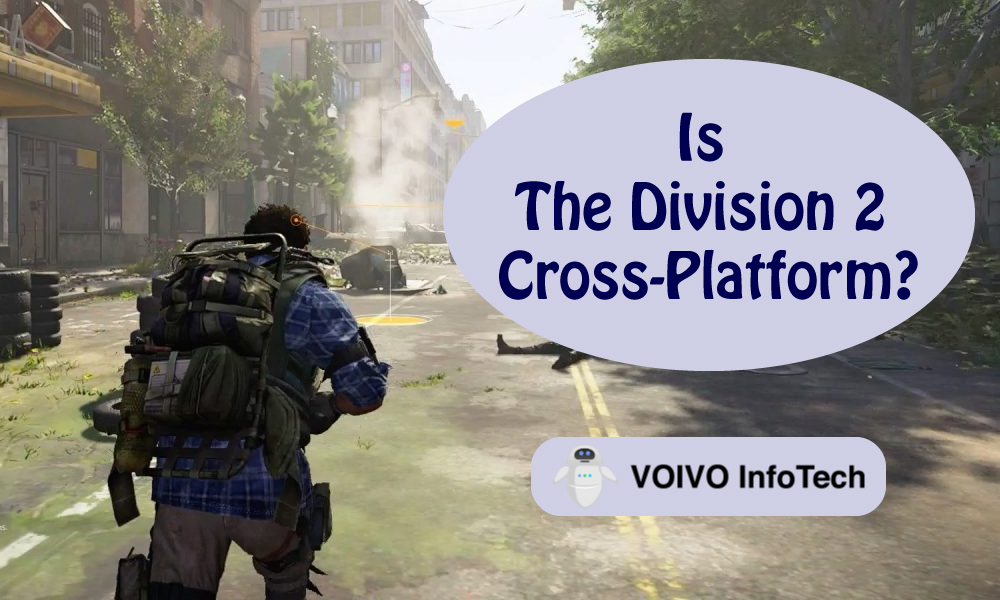 Is The Division 2 Cross-Platform PC and Xbox One? 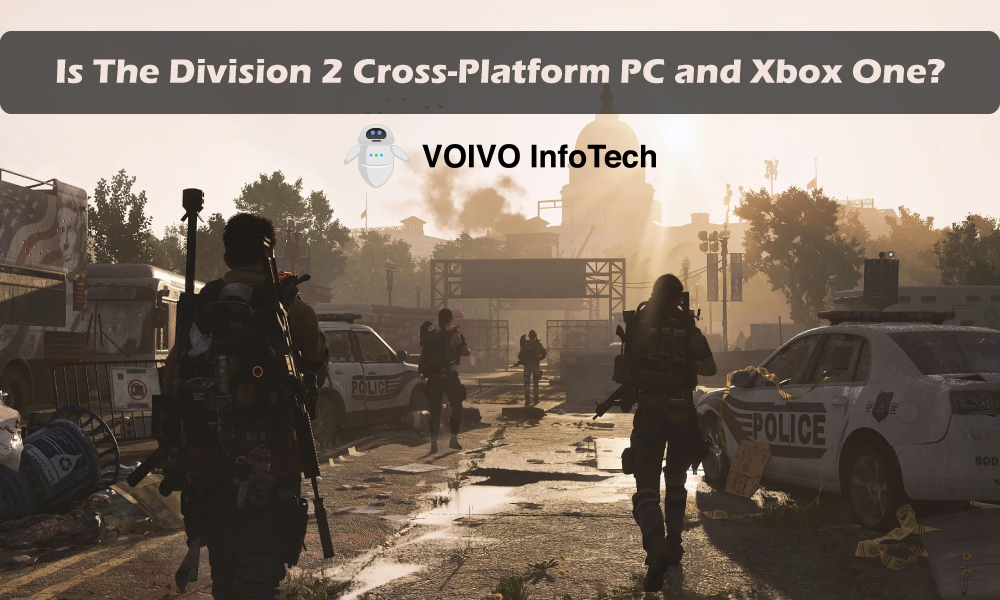 The answer is ‘No’. Two gamers owning PC and Xbox One respectively cannot match and play the game together as the cross-platform compatibility is not enabled between these two gaming devices.

Like we already said, the game allows cross-play only between PC and Stadia. So, players with other devices cannot match to play the game together.

You must know The Division 2 game is not of the same quality in all the gaming platforms it is available. The controls and graphics of the game are better on PC than on other gaming consoles. Also, it is yet to release for some of the gaming consoles. So, we would say, it would take at least a couple of years for the game to be cross-platform on all devices.

Is The Division 2 Cross-Platform PS5 and Xbox One? 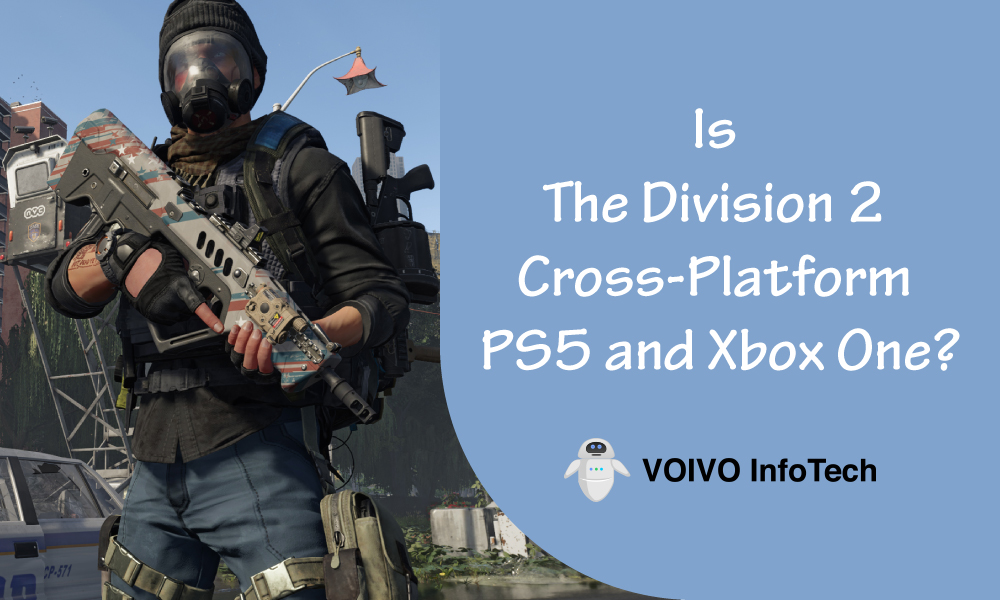 No. The game does not support cross-play between PS5 and Xbox One. Some of you might get disappointed with this fact. As this game has extraordinary scope for multi-player mode, it would have been a huge advantage if the game was cross-platform between different gaming consoles.

Unfortunately, as of now, the cross-play feature is enabled only between PC and Stadia for Division 2. The game has already sold over 10 million copies without a cross-play feature. It would gain even more popularity among gamers worldwide if it supports cross-platform. We would have to wait and see when this will materialize.

As the developers of the game have not spoken anything about this yet, practically it is unlikely to happen in the next year.

Is The Division 2 Cross-Platform PS4 and PS5? 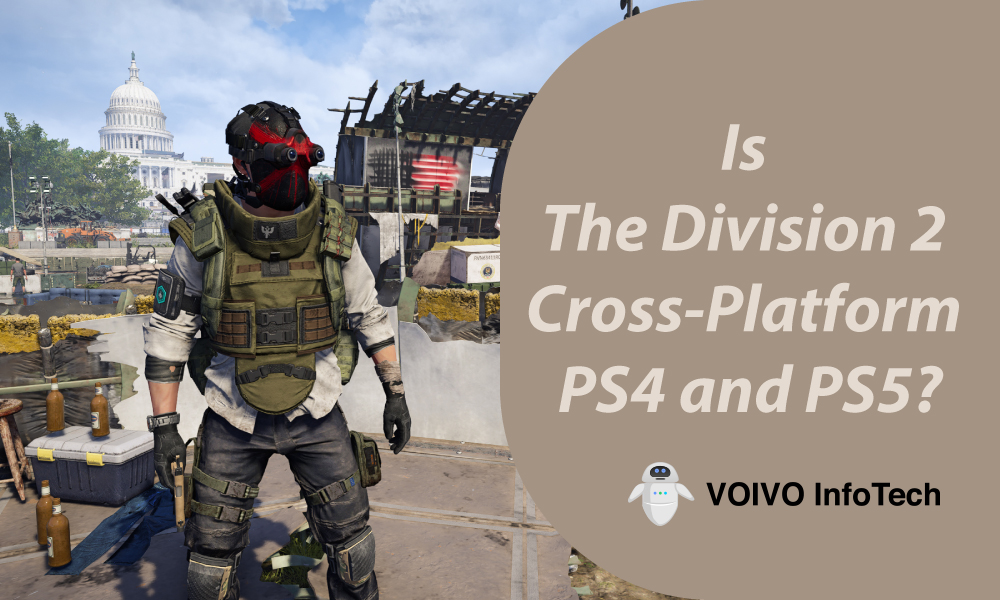 You would have probably guessed the answer for this by now. No, the game does not support cross-platform compatibility between PS4 and PS5. This means players owning PS4 and PS5 cannot play this game together. However, players with PC and Stadia are lucky, as they can pair up to play this online-only action game together at the same time.

Not just players with PS4 and PS5, players with other gaming consoles except PC and Stadia cannot match and play the game together. The game is yet to release its version for certain gaming devices.

This will restrict them to play the game with other players. However, if a game is cross-platform compatible with all gaming consoles, it will not just benefit the gamers, but also the game developers. There will be a drastic increase in the popularity of the game worldwide and this will help the developers generate more revenue.

1. Is The Division 2 a cross-progression game?

2. What are the best features of The Division 2 game?

The Division 2 game comes with numerous interesting features. It is an online-only action role-playing game that supports multiplayer mode. At a time, 50 players can play the game together. In this game, you will be an agent who is on a mission to save the city. During the game, you wear armors, get weapons, build a clan and play with other players to defeat the enemies.

3. What is an online-only game?

The online-only video game will allow you to play the game only if you are in online mode. This refers to being connected to the internet. You can access the game offline. Games that you purchase can be played permanently, even when there is no internet. But, online-only video games like The Division 2 can be played only if you are connected to a network or internet.

To conclude, The Division 2 is not a cross-platform game, except between PC and Stadia. Gamers with PC and Stadia can enjoy playing this role-play action game together and go on adventurous missions together to defeat the enemies. Gamers using other gaming consoles should have to wait at least a few years to play the game with fellow gamers. As there are no updates from the developers of this game, about the cross-platform compatibility, we frankly do not expect it to happen anytime soon.