What is one of the best creations of mankind? Each one of us can come up with our versions of answers. But, if you ask a gamer, he would probably say ‘Video games’. Nevertheless, we cannot disapprove of the fact that video games are extremely entertaining and addictive. Once in, it is difficult to get out. Video games are of various genres. This includes action, adventure, sports, puzzles, arcades, simulation, role-play, and more.

Playing a video game on a PC or laptop is completely different from playing on a gaming console like Play Station or Xbox. These consoles come with game controllers and additional features to get the best out of a game. Features and performance of one gaming console cannot be the same in another gaming console.

For example, a PC has its features, while Xbox offers better graphics and gameplay when compared to a PC. This makes players with Xbox have an advantage over players with a PC. This is why some games do not support cross-platform. Cross-platform is a technology where more players can play a game together at the same time from different consoles.

Not all games support cross-platform. This is because of the above-mentioned reason. Gameplay, graphics and visuals in one gaming platform may be better than another gaming platform. However, certain games support cross-platform. The developers of these games have created the game in such a way that it is the same across all the gaming devices, in terms of gameplay, visuals, sound, settings and graphics.

A Quick Introduction to Minecraft 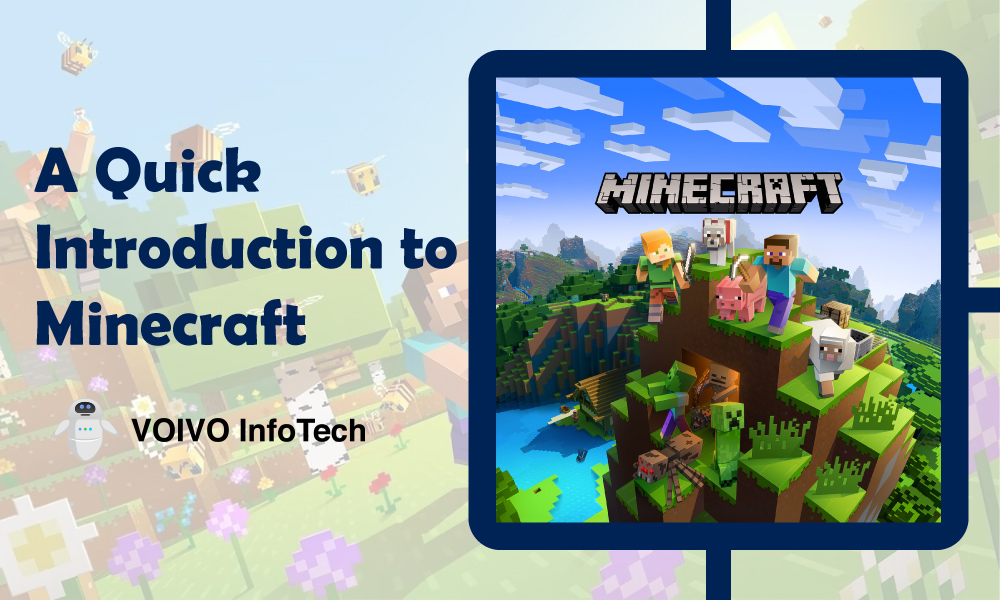 If you are a video gamer or not, there are high probabilities for you to have heard about Minecraft. It is one of the highly popular video games with over 200 million buyers worldwide!

Even if you don’t own a proper gaming console, you can play Minecraft from your Android phone or PC. It is a sandbox video game with interesting features.

Players in Minecraft can build or construct anything they want, like a building, earthworks, in a 3D world. The terrain is vast, where you can find raw materials, tools and items for the building. The game supports multiplayer mode. You can play with other players as a friend or play against them in the 3D world.

In Minecraft’s survival mode, players should get resources and maintain their health and the environment. The players are allowed to modify the gameplay, assets and more. The game is globally very famous and has won numerous awards. It is often referred to as one of the best video games in the world. It is suitable for people of all tastes.

The game has its merchandise, parodies; social media fan accounts, adaptations, and even yearly Minecon conventions. These have made the game even more popular. Apart from the entertainment factor, the game has also been useful in the educational realm. It is used to teach computer science, chemistry, and computer-aided designs to students.

Some of the spin-offs to the game are Minecraft Dungeons, Minecraft: Story Mode, and Minecraft Earth. Now, the most asked question among gamers is if Minecraft supports cross-platform. Without making you wait, we will get into the answer.

Is Minecraft Cross-Platform in 2022? 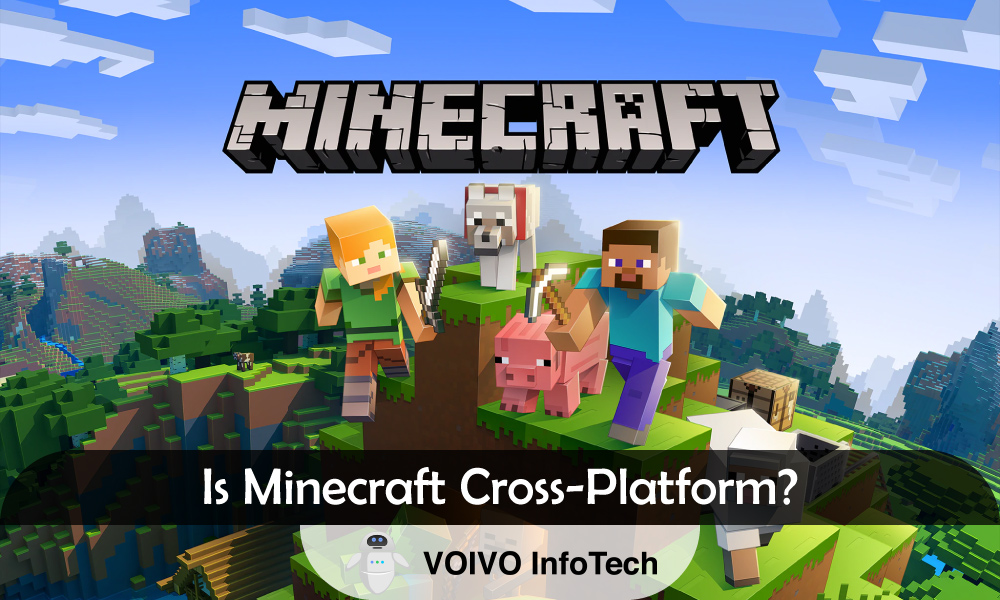 Yes! Minecraft is cross-platform in 2022. We can relate to your excitement. Players using various gaming consoles can play the game together at the same time from their respective game consoles.

You can have the utmost fun by playing Minecraft with your friends and players across the world. This not only increases the fun element but also helps serious gamers build their gaming community.

Is Minecraft Cross-Platform PC and Xbox One? 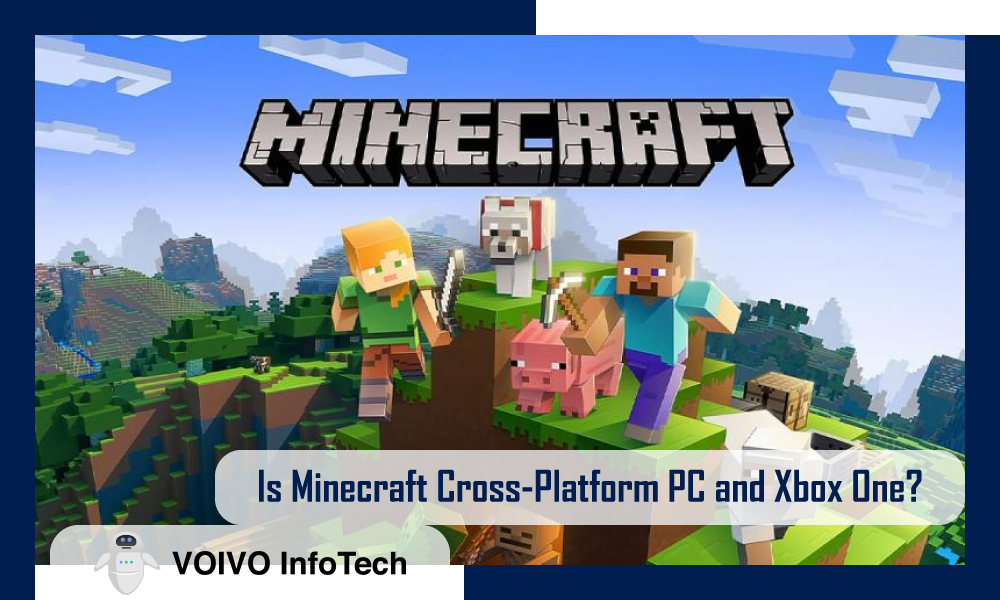 Oh yes. Minecraft is cross-platform between Xbox One and PC. Players using PC and Xbox One can play the game together at the same time.

The fact that Minecraft is cross-platform compatible can please many of you! Cross-platform has so many advantages attached to it. People can play the game with anyone they wish irrespective of console and location complications.

Cross-platform technology also helps gamers build their gaming community. Your friends or fellow gamers do not have to buy the same gaming console you use to play a game together with you. They can play from their respective gaming platforms.

Is Minecraft Cross-Platform PS5 and Xbox One? 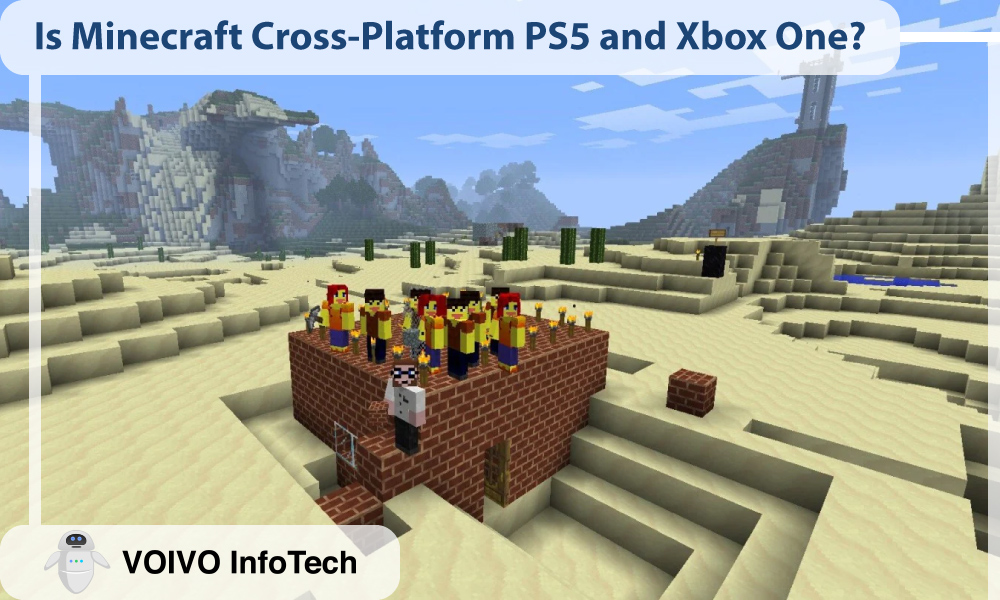 Yeah. Minecraft video game supports cross-platform between PS5 and Xbox One consoles. Players owning these two consoles can play the game together at the same time.

Not just between these two gaming platforms, Minecraft supports cross-platform between Xbox One and Nintendo Switch too! Awesome isn’t it?

Irrespective of the type of gaming platform one owns, players can play the game together. This promotes friendship and community building between gamers across the world. Also, the game is designed in such a way that it’ll be of the same high quality in all the gaming consoles. So, no player has an advantage over another player. The gameplay, graphics, visuals, settings and every feature is the same across all platforms.

Is Minecraft Cross-Platform PS4 and PS5? 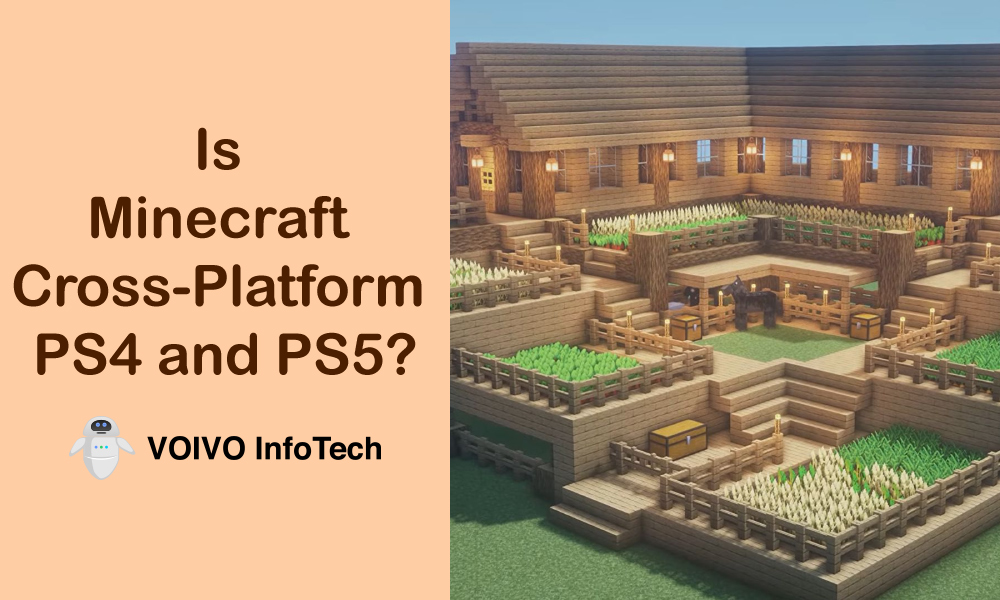 1. What are the platforms in which Minecraft is available?

2. Does Minecraft support cross-platform between all the gaming platforms it is available on?

3. What genre is Minecraft video game?

Minecraft is a sandbox video game released in the year 2011. It involves building, designing and constructing.

Minecraft is one of the best-selling and popular video games of all time. The fact that the game supports cross-platform in all gaming consoles from PC to Nintendo Switch shouldn’t surprise you, as the Minecraft video game is celebrated by millions of people around the globe. The universal cross-platform compatibility will further make this game popular and initiate engagement among gamers. We believe you got as much information you want about Minecraft through this article. For more such interesting articles, keep watching this space.