If you ask a gamer what he’d do for fun, he would probably say, ‘I die for fun, because I have a lot of lives’. This is indeed true and makes absolute sense for people crazy about video games. Video games can be both fun and terrifying. The probabilities of winning can be fun, and the moment of losing can be sure terrifying and frustrating.

Ever since video games evolved, techies and game developers started developing new platforms to play games. Some of these include Play Station 4, Play Station 5, Xbox One, Nintendo Switch, etc. Each platform has its special features and quality. A function in one platform may or may not be available in another platform.

To help gamers play multiplayer games together from different platforms, a cross-platform compatibility feature was invented. This feature is a great benefit for people who love to play video games with their friends from their gaming platform. This eliminates the need for two players to own the same gaming platform to play a particular video game. If you own an Xbox one and your friend owns a PC, you both can play the same game together if it supports cross-platform compatibility.

A Quick Introduction to ‘Elite Dangerous’

Space games can take you to a whole new world of fantasy. Elite Dangerous is one such space flight simulation game. It is the 4th in the popular ‘Elite’ game series. The game was developed by Frontier Developments. To describe the gameplay in brief, you (the player) are the pilot of a spaceship and you are all set to begin your journey in the Milky Way galaxy. The game supports both multiplayer and single-player modes, where any one of the player’s actions will have an impact on the universe. Elite Dangerous is the sequel to Frontier: First Encounters game, which was released in the year 1995.

The game is extremely popular and has generated revenue of over £100 million. In Elite Dangerous, you should use the limited resources provided to you at the beginning of the game to take part in in-game tasks. This will help you earn money, using which you can upgrade the spaceship’s technology & continue your space mission.

Arc is the in-game money in Elite Dangerous. You can earn this while playing the game and also buy it using real money to enjoy its benefits.

Some of the additional features of this game include fighting with co-players, carrying out space battles, asteroids mining, conducting research tasks, smuggling cargo, etc. The developers of the game are upgrading the game now and then with new features, like adding galaxy maps, new ships, and improving graphics and more.

The Windows PCs version of the game was rolled out in the year 2014. It then extended to other platforms like PS4 & Xbox One. Is the game cross-platform? Continue reading to know.

Is Elite Dangerous Cross-Platform in 2022? 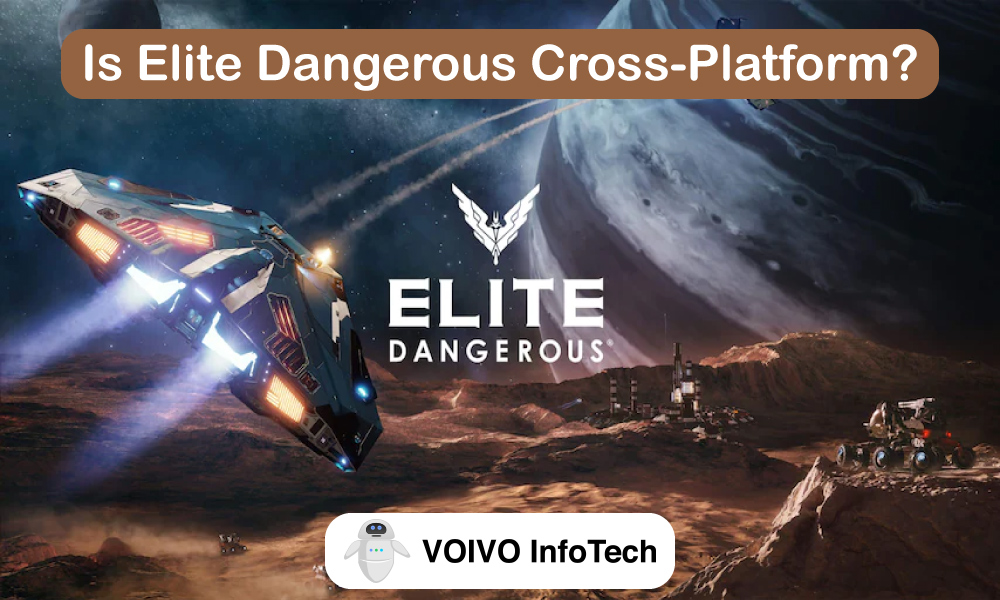 Unfortunately, no! You might think why the game still does not support cross-platform despite being superior in graphics and gameplay. We are as curious as you. The developers of the game have not nodded ‘Yes’ to cross-platform yet. You won’t be able to enjoy playing this multiplayer video game with your friends if they own different gaming platforms or consoles.

However, if you both own the same gaming console, you guys can play Elite Dangerous together at the same time. Though the game does not support cross-platform compatibility, there is good news! The game is completely the same when played from different platforms. No platform has an advantage over another platform when it comes to graphics or gameplay.

Then, you might ask why the game is not cross-platform. This is entirely due to business and political reasons. Sony had refused the idea of cross-platform in its gaming consoles, while Microsoft was okay with the idea.

Cross-platform has its advantages. You can play with anyone even if they are not known to you before. This results in new friends and new connections with gamers, building your gaming community.

Is Elite Dangerous Cross-Platform PC and Xbox One? 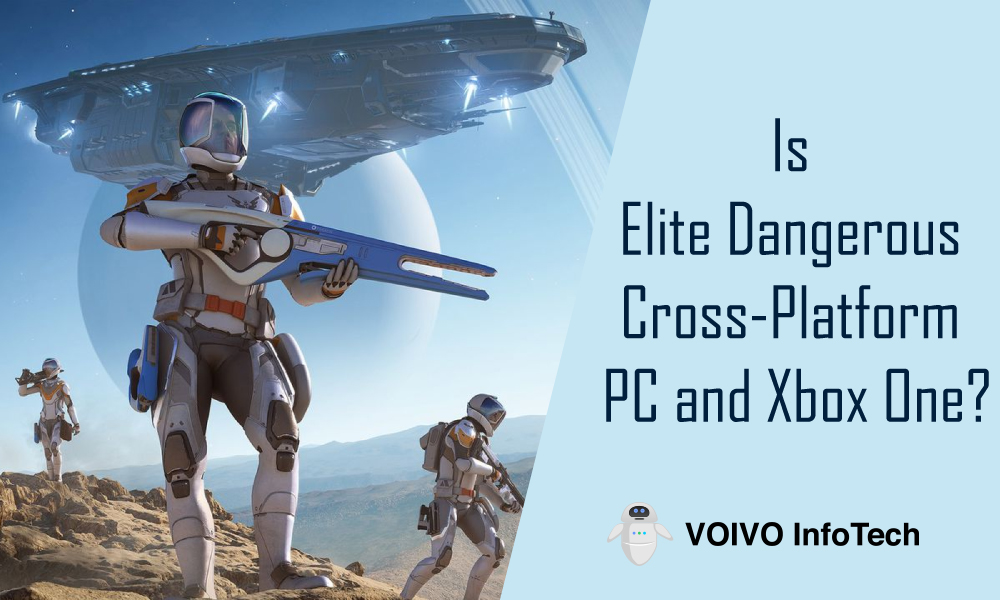 The answer is simply a ‘No’. Two players who own a PC and Xbox One cannot play the game together as the game does not support cross-platform features.

Cross-platform compatibility opens the gate for numerous players to join the game even if all of them do not own the same gaming console. This will result in more people playing the game. When more people play the game, it’s an advantage for developers of the game. They will invest more time to improve the gameplay and features.

Still, Elite Dangerous does not support cross-platform. As the developers are improving the gameplay regularly, we might soon get the cross-play feature too. Fingers crossed!

Is Elite Dangerous Cross-Platform PS5 and Xbox One? 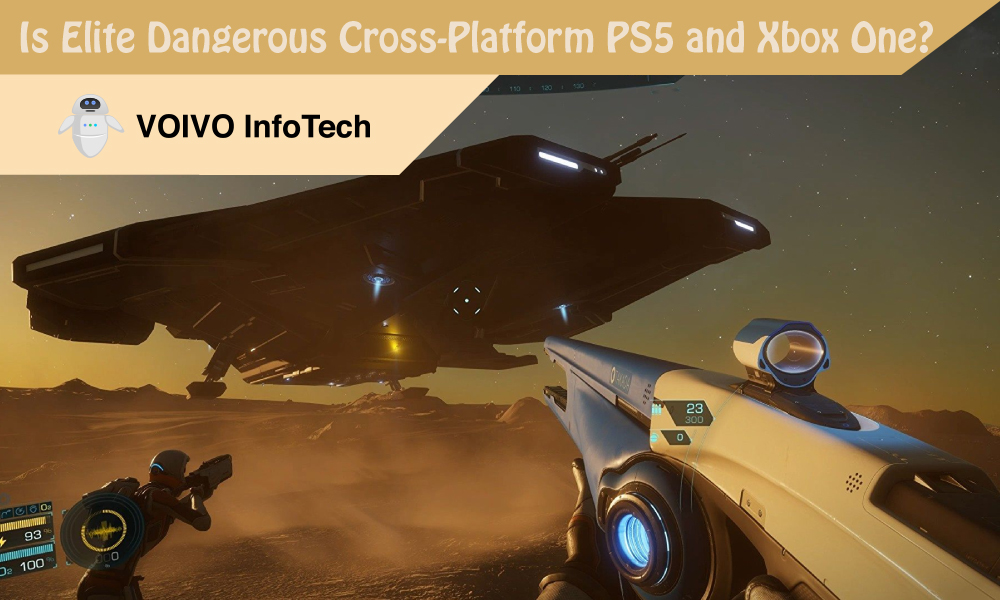 No. Elite Dangerous is not cross-platform between PS5 and Xbox One. Like we already mentioned, though the game developers are keen to bring cross-platform compatibility to the game, due to some business reasons it has not been materialized yet.

The developers of the game recently announced that they have no updates regarding the cross-play or cross-save feature of this game, which means we cannot expect cross-platform compatibility anytime soon for Elite Dangerous. 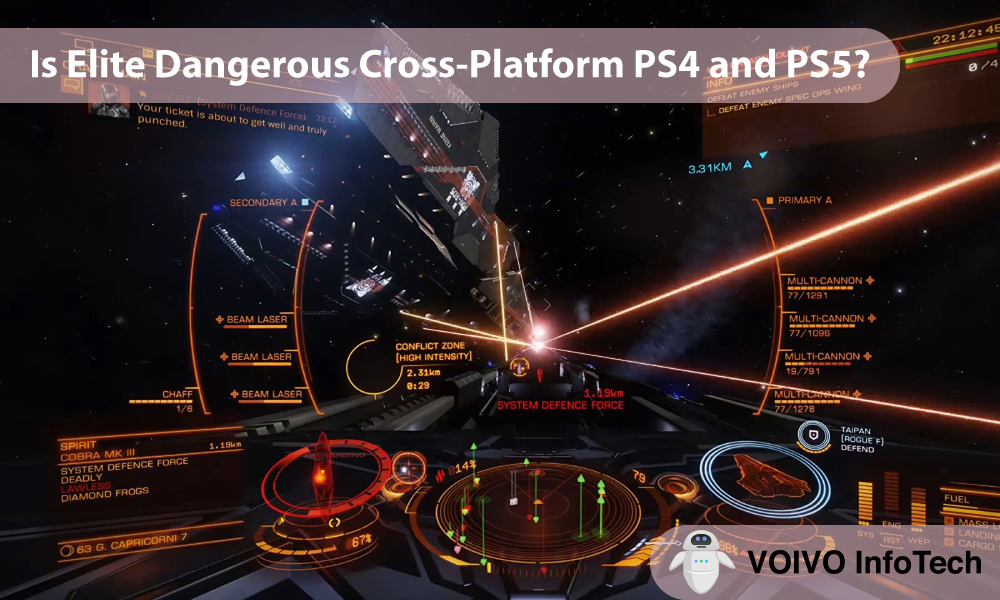 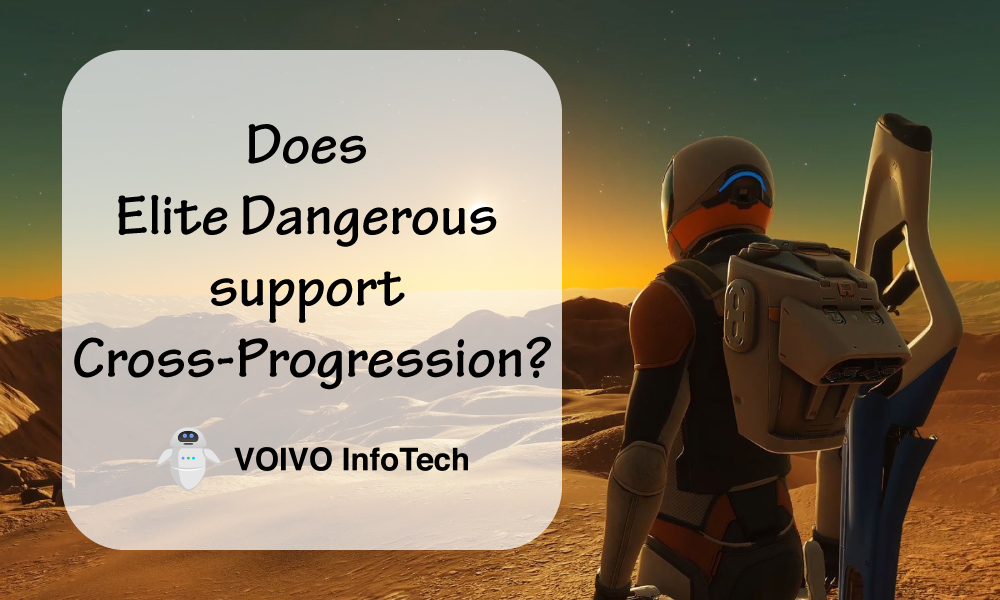 While many modern games in the market support both cross-platform and cross-progression, Elite Dangerous does not support both. We have no clue when these updates will be launched by the game developers. Just like you, we wish for it to happen soon.

1. What are cross-play and cross-save features? How are they different from one another?

2. What are the best features of the Elite Dangerous video game?

Elite Dangerous is a space flight simulation game that is best known for its original graphics and interesting gameplay. The players can live in the space world can carry out numerous space missions. The multi-player support of Elite Dangerous is one of its best features.

3. Is Elite Dangerous available on all gaming platforms?

No. Elite Dangerous is not available on all gaming platforms or consoles. It is available for PCs, PS4 consoles and Xbox One users. The game version is yet to come for Nintendo Switch users. Only after the game is available on all gaming platforms, the cross-platform compatibility may happen, which according to our estimation will take at least 3 years. Cross-progression or cross-save is also not available for the game as of now.

Elite Dangerous is undoubtedly one of the best space flight simulation games in the gaming realm. Despite the popularity of the game, it does not support cross-platform or cross-progression. The Nintendo Switch version of the game is yet to come. As the game is of the superior and same quality in all the gaming platforms it is available, we don’t see any reasons why the game shouldn’t support cross-platform. Like we discussed, it is mainly because of business and political reasons. The game is being upgraded regularly. We will hope for the cross-play feature to launch soon. Keep watching this space for more interesting updates!