When was the last time you were challenged? A gamer would probably say, “A minute ago”. Gamers live a challenging life with hurdles and win every day. Their life is like a Rollercoaster, which only goes up. They are so used to challenges that the games have taught them how to manage both real life and game life challenges.

Video games started becoming popular in the 1950s. Ever since then the gaming industry has evolved a lot. Today, it is one of the highly profitable industries in the globe with millions of dollars in revenue. Apart from the selling of video games, gaming consoles also contribute a large amount to the industry’s revenue.

Popular gaming consoles like Xbox, Play Station, Nintendo and Stadia are used by players to have a better gaming experience than that of playing on a PC. In PC, the game control is restricted to the keyboard and mouse. However, on in-game consoles, you get dedicated gaming controllers, VR set, and more. With this, you will enjoy playing the game, as it will give the most realistic gaming experience.

This is because cross-platform is a technology in development. It is not fully developed and practised yet. In another few years, hopefully, we might see more numbers of games supporting the cross-platform feature. Until then, gamers have a limitation. They can play only certain games with their friends through the cross-play feature.

In this article, we will let you know if the popular game Gang Beasts supports cross-platform or not.

A Quick Introduction to Gang Beasts

Gang Beasts is a fight, action-packed, adventure, beat’em up party game released in the year 2017. The game was published and developed by British indie studio Boneloaf.

In 2017, the developer of the game released its initial versions for Microsoft Windows, Linux, macOS, and Play Station 4. In 2019, the game was released for Xbox One.

The game is set in a fictional Beef city. It involves floppy and gelatinous characters with a dangerous atmosphere and fight scenes. The game came up with 8 multi-player stages during its initial release. The player has to knock out the opponent through punches, kicks and beatings. The player should throw the opponent in the hazard stage after he gets knocked out. Opponents who were knocked out can come back to life and play again.

The gameplay of this game is simple and fun. It was called one of the silliest beat’em up party games by The Guardian post its release. Overall, the game was received well by both fans and critics.

The game has both single-player and multiplayer modes. Players can choose the mode according to their convenience. Now, the question revolving around the minds of gamers is if Gang Beasts supports cross-platform? Without any wait, let’s get into that!

Is Gang Beasts Cross-platform in 2021? 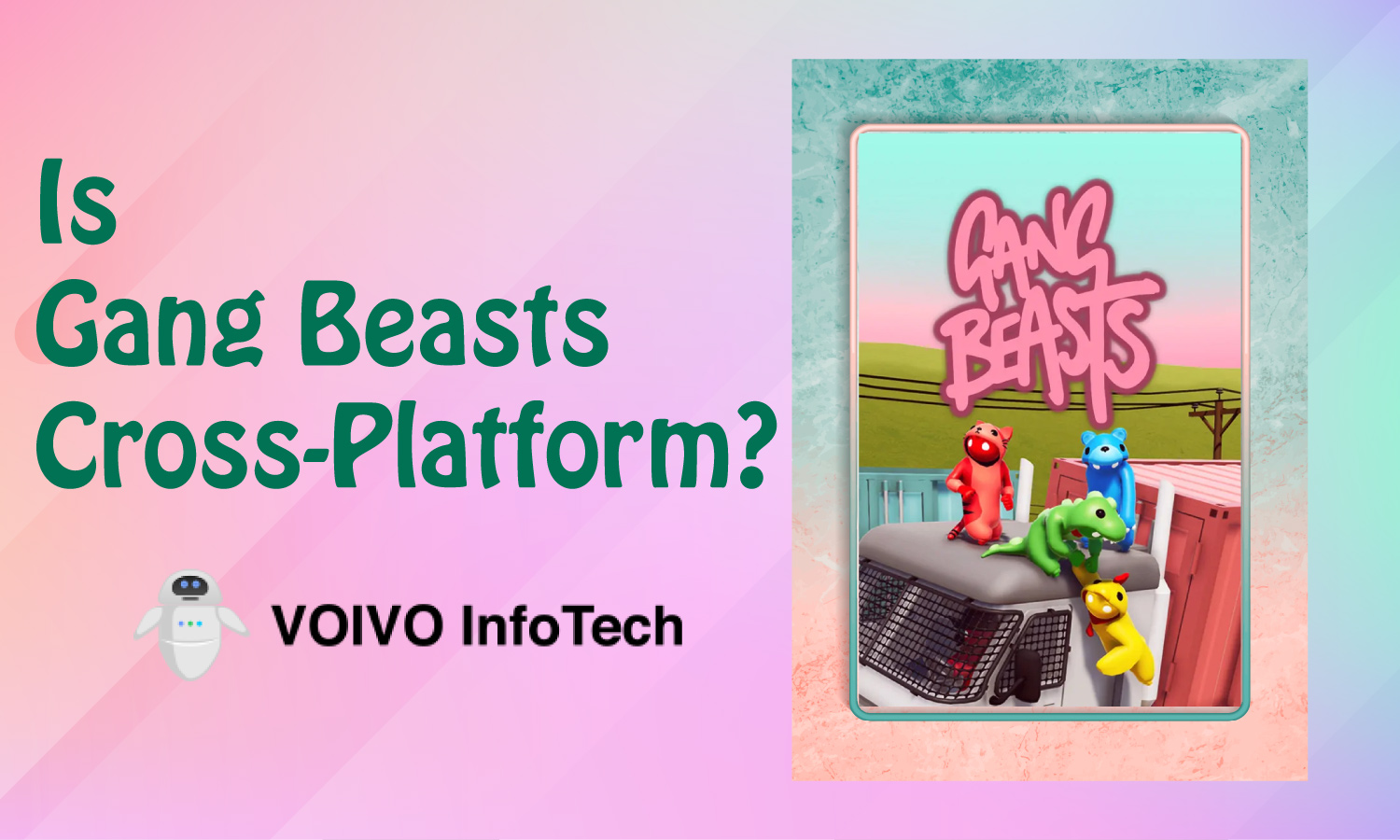 No! Gang Beasts are not cross-platform as of now. This means players with Play Station cannot play the game together with players using Xbox consoles. But, there is good news for you. The developer of the game was officially announced that the game will be made cross-platform in its next update. This is quite a good announcement. Fans of this game can take a sigh of relief.

Is Gang Beasts Cross-platform PC and Xbox One?

Not now. Gang Beasts is not cross-platform between PC and Xbox One console now. But, the developer has announced that in the next update of the game, Gang Beasts will support Cross-platform between PC and Xbox One. This will allow players to use PC to play against Xbox One players at the same time. This increases both the fun and competitive element.

Is Gang Beasts Cross-Platform PS5 and Xbox One?

The game has a multiplayer mode. So, the cross-platform feature will allow players to utilize the multi-player mode to a great extent.

Nope. Gang Beasts game is not cross-platform between PS4 and PS5 consoles. This means players with PS4 and PS5 cannot play the game together.

1. Does Gang Beasts support cross-platform between PC and PS5?

Here are the top two advantages of the Cross-platform feature. The cross-platform feature will allow players from different platforms to compete against each other, promoting competition and friendship among gamers. The feature also delivers the same game experience and game quality for players across all gaming platforms.

3. What is the plot of the Gang Beasts game?

Gang Beasts is set in a fictional Beef city. The player has to knock out the opponent through punches, kicks and beatings. The player should throw the opponent in the hazard stage after he gets knocked out. Opponents who were knocked out can come back to life and play again.

To conclude, Gang Beasts is not cross-platform between any gaming consoles as of now. The developer of Gang Beasts has announced that the cross-platform technology for the game will be launched in its next update. This can be happy news for many! There is no decided time frame for the update yet. It may happen next year or in another two years. We’d have to wait until then.