Did you know when the first video game was released? Video games evolved in the 1950s. Ever since then, games became so popular. Now, the gaming industry is one of the highly profitable industries in the world with millions of revenue pouring every year. For a video game to be popular, it should have interesting gameplay, an engaging storyline, and challenging missions.

Apart from these good visuals, soundtracks, and game controls are also important requirements. Games come with both single-player and multiplayer modes. The multiplayer mode of the game allows many numbers of players to compete either cooperatively or competitively. To allow players from different gaming platforms to play a game together at the same time, the cross-platform feature was introduced.

If you didn’t know, Cross-platform is an advanced gaming technology that allows many players from different gaming platforms to play a multi-player game together at the same time. This is quite a complicated technology. It is highly time-consuming and requires large investment and effort. As it is also a developing technology, not so many games have adapted to this technology yet.

Cross-platform has both advantages and disadvantages. The best advantage of cross-platform is the ability for the players to play with anyone across the world without any restrictions. Also, if a game is cross-platform, players from different gaming consoles will experience the game in the same way, without one player having an advantage over another player.

Now, let’s see if Roblox is cross-platform or not!

A Quick Introduction to Roblox

Heard of Roblox? It is one of the popular game platforms in the market. Roblox is an online game platform that has multiple games inside it for players to choose from. The game was developed by Roblox Corporation and released in the year 2006.

In Roblox, you can find multiple games created by other players. You can also create your games in Roblox.

The game became much popular in late 2010 and the reach of the game spread even more after the pandemic. The game is free to play. The in-game purchase can be done through Robux – virtual currency. The game has over 164 million active users per month, as of 2020. The game is much popular among children and youngsters. It has also received positive reviews from critics.

There are numerous games inside Roblox from every favorite genre of your choices like action, racing, adventure, puzzles and more. As the game is a multi-player game, the important question in the minds of gamers is if it supports cross-platform. Let’s find the answer now! 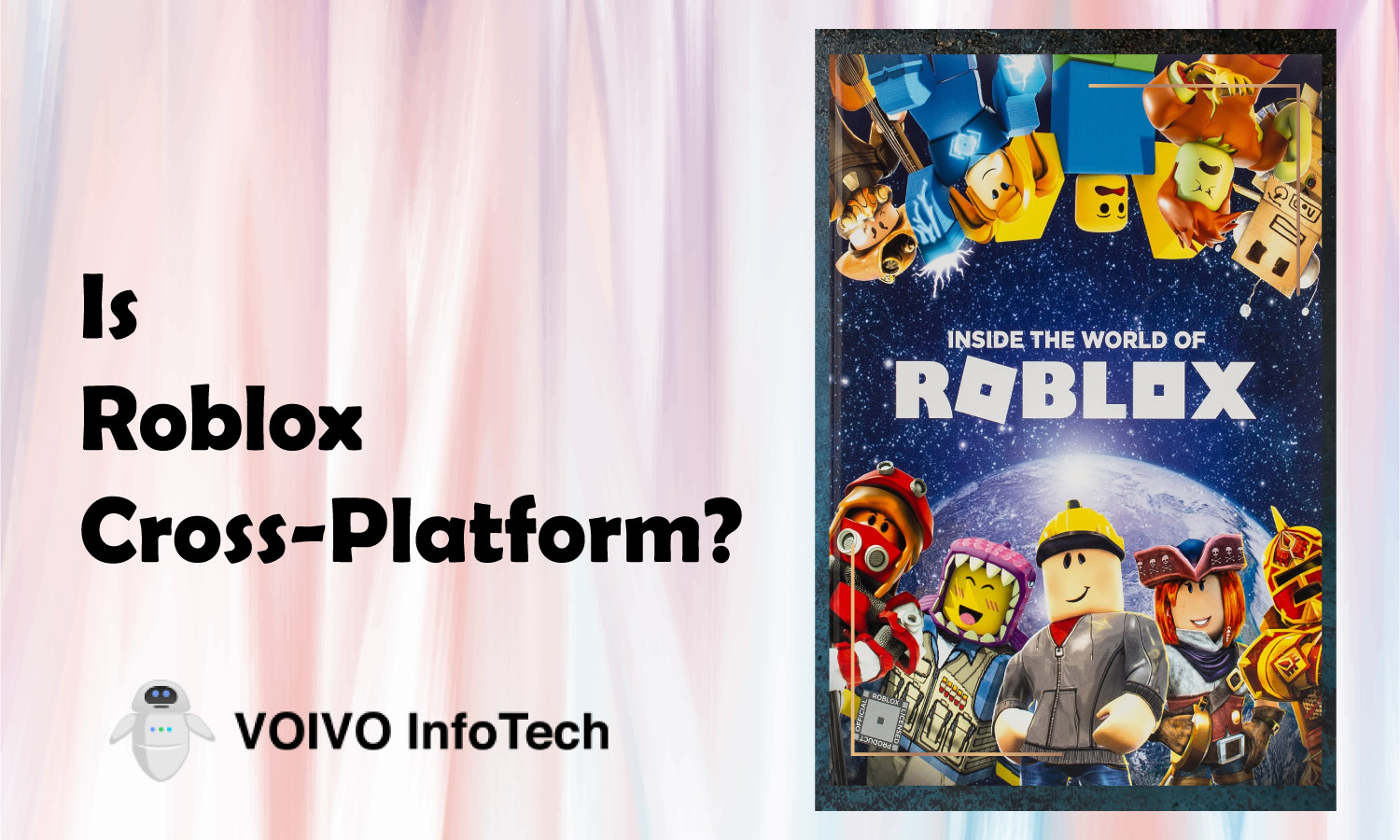 The answer to this question is ‘Yes’. Roblox is cross-platform in 2022. This will sure make gamers happy and jump with excitement and joy. As the game is cross-platform, you can play the game with players from different consoles.

Players from any part of the world can pair and cross-play this multi-player game together at the same time. This not just promotes community building among gamers, but also increases the game’s popularity and reach worldwide. The game experience will also be uniform for all players.

Is Roblox Cross-Platform PC and Xbox One?

Yes. Roblox can be played by PC and Xbox One players together at the same time, as cross-play is supported between both gaming platforms. This eliminates the need for players to own the same gaming console to play their favorite game with their friends.

Is Roblox Cross-Platform PS5 and Xbox One?

Is Roblox Cross-Platform PS4 and PS5?

The first reason is the disparity in the quality of the game on different game consoles. The graphics, gameplay and other features of the game will differ on each platform. Game controllers are different on different platforms. This might affect the gameplay and gaming experience. It will give an advantage for one gaming platform over the other.

1. Is Roblox Cross-Platform between PC and Smartphone?

2. What is the best feature of the Roblox game?

Roblox is an online game platform. In Roblox, you can find multiple games created by other players. You can also create your games under your favorite genre. Other players can find and play these games.

3. What is cross-platform / cross-play feature?

Cross-platform or cross-play is a gaming feature that allows multiple players to play a game together at the same time from their respective gaming consoles. This feature is supported by only some games in the market. You can play these games with your friends and fellow gamers together at the same time from different consoles. Certain games are still not equipped with this feature.