As some say, video games may ruin your life, but you’re fortunate, as you have two more lives! Gamers can pretty much relate to this phrase. Games can get tiring at times, but never boring. Since the evolution of games, the gaming industry has grown at an unprecedented level. It is one of the highly profitable industries in the world. Each year, numerous video games are being released, further increasing the revenue flow in the industry.

To experience video games in the best way possible, gaming consoles were invented. Playing a game from a PC is different from playing the same game from a console like Play Station or Xbox. Gaming consoles elevate the gaming experience by providing players more satisfaction and better control over the game.

This is because of the complications in the game technology. For a game to support cross-platform, it should possess the same gameplay, graphics, and other features in all gaming platforms. Cross-platform has both advantages and disadvantages. The advantage is, if a game supports cross-platform it has better reach and no disparity in terms of features. No player has an advantage over another player.

Grand Theft Auto series is one of the popular game series of all time. Grand Theft Auto V is the 7th main entry in this series. Released in 2013, this game falls under the action-adventure genre. The game is set in San Andreas, a fictional state in S. California, United States. The game plot revolves around three main characters – Michael De Santa, a retired bank robber – Trevor Philips, a drug dealer and gunrunner and – Franklin Clinton, a street gangster.

These three characters try to engage in heists under a corrupted government. Players of the game can freely walk and roam in the fictional state San Andreas & its city Los Santos. You can commute either by vehicle or walk to complete your missions. Shooting is one of the interesting parts of this game.

Players can control all the three main characters and involve in shooting, heists and more to complete the missions. The game’s online multiplayer mode can be utilized through the Grand Theft Auto Online game. In this, up to 30 players can take part. They can play together as a team or even play against each other in competitive mode.

The game is also available for Play Station 5, and Xbox Series X/S. GTA 5 etched its mark in history with its unimaginable sale on the very first day of its release. It earned over 800 million dollars on its first day of release. The open-world gameplay and visuals were received positively by players and critics. The game’s revenue is about 6 billion dollars globally.

Now comes the most important question. Is GTA 5 cross-platform? Without further wait, let’s dive into that. 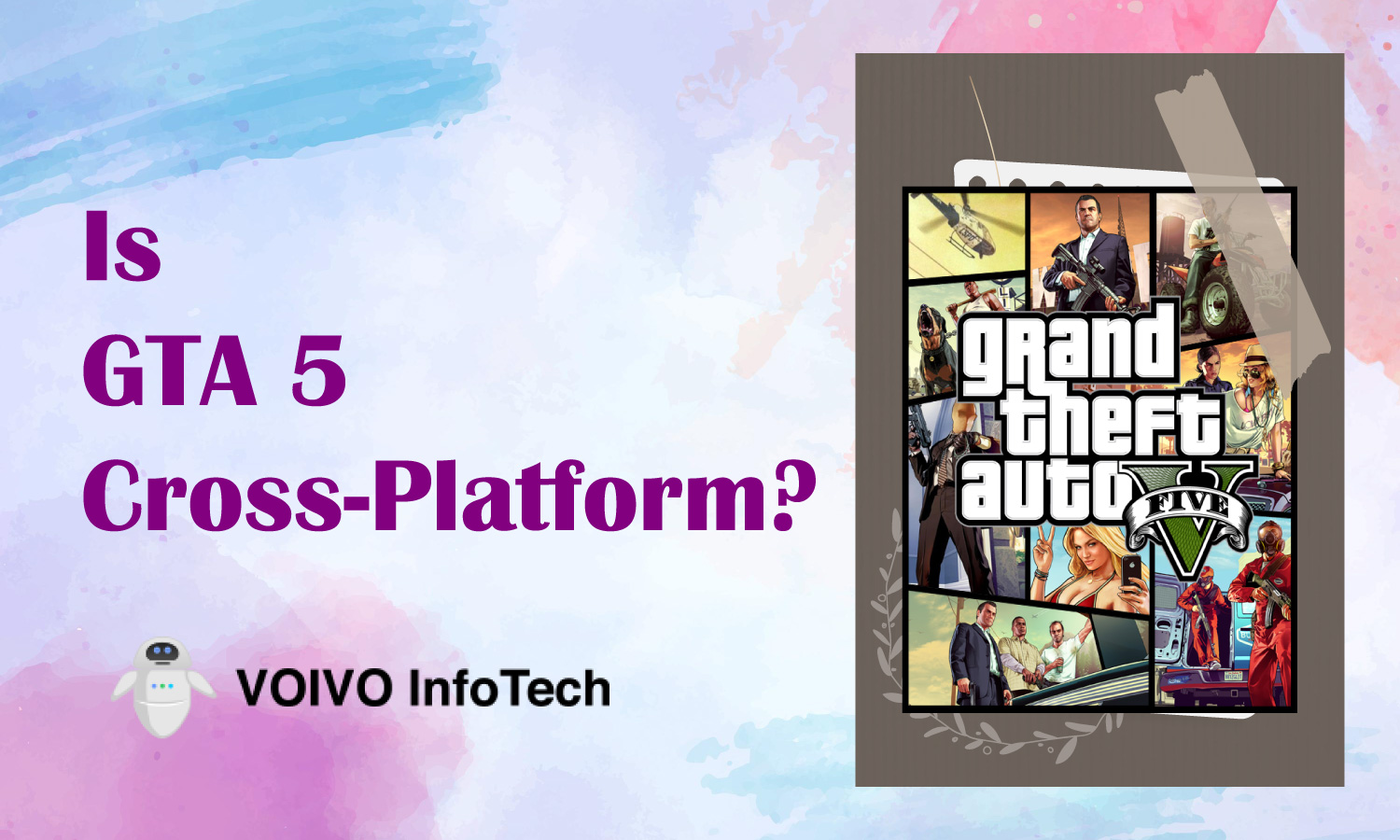 Unfortunately, No! GTA 5 is not cross-platform in 2021, despite its global reach and high popularity. This means players owning gaming consoles different from that yours cannot play the game with you together at the same time.

If a player owns PS5, and you own Xbox One, you cannot play GTA 5 together as cross-platform is not compatible between these platforms.

Is Grand Theft Auto V Cross-Platform PC and Xbox One?

Nope. GTA 5 is not cross-platform between Xbox One and PC. Players with these gaming consoles cannot play the game together at the same time.

There are various reasons for GTA 5 not being cross-platform. Factors like the gaming license, game controllers, architecture of each gaming console, the difference in the user interface, and different game save play a huge role in influencing cross-platform technology.

Also, each game stores its info and saves the game progress in a unique way when you play online.

Is Grand Theft Auto V Cross-Platform PS5 and Xbox One?

No. Players with PS5 / PS4 cannot play GTA 5 together with Xbox One users. This is because these gaming platforms have different game licenses, online saves and unique hardware.

This gives them the luxury to play the multiplayer mode of the game with full joy with their friends.

1. When was Grand Theft Auto V released? What genre it is?

Grand Theft Auto V was released in 2013. The game falls under the action-adventure genre.

Yes. The game support cross-platform between Xbox One and Xbox Series X/S players. Players with both these consoles can play the game together at the same time.

3. Why Grand Theft Auto V is so popular?

Grand Theft Auto V is very popular because of its interesting gameplay, engaging graphics, realistic locations, and soundtrack. The previous instalments of this game series are also widely popular.

To conclude, Grand Theft Auto V is a cross-platform only between Xbox One and Xbox Series X/S & PS4 and PS5 consoles. Players using other gaming consoles cannot engage in cross-play. If the article was interesting and useful to you, share it with your friends and fellow gamers.