All of us need some of the other media players for our PC. Sometimes, it is for watching fun videos, and sometimes it is for some important ones. It is one of the most important features required in a good PC. The one that is already installed in your PC js, not the best one. Therefore, we all need to download one good media player for a better experience. Here is a list of 7 media players that you can easily download for your windows from their respective websites. 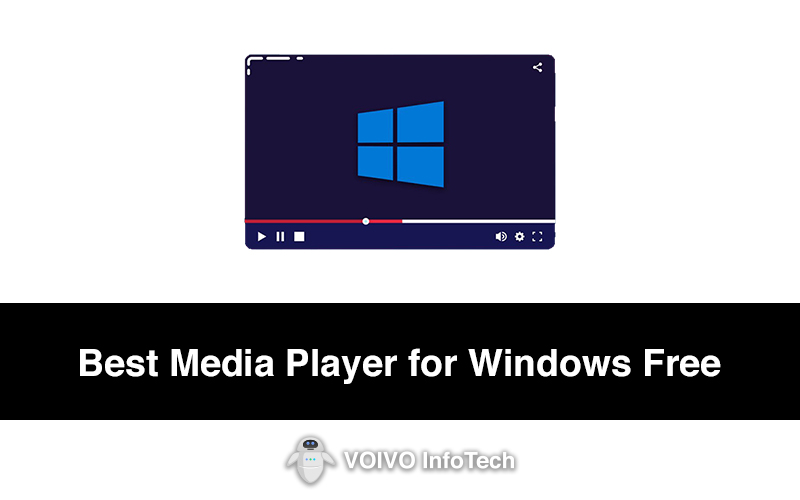 Out of all the media players that could be downloaded for windows free of cost in 2021, KM player is the best. You can play WMV, DVD, VCD, MKV, AVI, OGM, Ogg, 3GP, AAC, WMA 7, 8, RealMedia, FLV, MPEG-1/2/4, and QuickTime video format in this media player. This means that you can play a lot of formats using this media player. All of them are available on their respective websites. So, one can download them for free from there. Here are a few of the features of this media player to know more about it.

This media player is so good that it should be at the top of this list. This is so popular that we don’t need to talk much about it. However, when we are talking about the best media players to be downloaded free of cost this year, then this has to be mentioned.  Right from the time, it was launched and to this day, VLC media player has earned millions of users. The best thing about it is that it is highly compatible and easy to use. It is because of these amazing features that people using both Windows and Mac download it.  Here is a list of a few of its features to know more about it.

If you are a person who has been using a PC for more than 10 years now, then you must be aware of this video player. Media player classic was launched a few decades back and is one of the best and oldest media players. It was launched a long time ago, but soon some problems occurred and it was discontinued. Despite bringing a new update in this app, the makers restructured it and launched it again. Here are a few features of this media player to provide you a better idea about it.

Plex is one of the most efficient as well as the most powerful media players. There are multiple roles that the Plex media player plays. On one hand, it plays various types of media such as audio as well as video while on the other hand it also manages the library of the person who is using it. All the data, as well as the media, is very easily and very conveniently stored on the devices that you have. This data, as well as media, can be very easily shared from your system to anywhere across the room. One of the features which make it useful for all kinds of users is that it can be downloaded on Windows as well as Mac operating systems. In addition to all this, another feature that makes the Plex media player highly useful is that it will support all types of video formats, from Mp4 to MKV and from MPEG to AVI.

If you are in search of a media player which offers HEVC playback and that too for free, then you should try out the

DIVX media player which separates it from the rest of the media players is that it can wirelessly stream audio, video as well as other media files to a device that is DLNA compatible. It can easily play wirelessly to devices such as DVD player, Blu ray player, TV, Play station and a lot more.

This song player is one of the top-rated media playing apps for the devices running on the Windows operating system. The well-known media player application has been created by an Internet Company of South Korean origin. The quality, as well as the efficiency of this media player, can be judged by the fact that it has been a very serious competition some of the best and the most popular media players for Windows, in the world such as the KM player, Windows, GOM player and many more. This media player has got a great fan following amongst the users. One of the reasons due to which this media player is so popular amongst the users is that it is highly customizable as well as very lightweight as compared to other media players. In addition to all this, you can also access a wide range of settings as well as formats that are available on this application. It is a very user-friendly media player.

Are you searching for the supreme media player to run smoothly on Windows 10?  Then, you can try this media player. This media playing application has a varied outlook in comparison to that of other applications of the same category. This application is themed in orange colour which offers a very distinctive and attractive look to its software. An eminent feature that makes this media player different from others is that it is capable of working on the majority of formats available for both the audio and video files. If anyhow, the player fails to run any specific file then, it will detect the appropriate code of the format supported by the file and will make revised attempts to play it.  When a person is attempting to install this software he might need to enter a browser extension to assist the file which the user may agree or disagree to do.