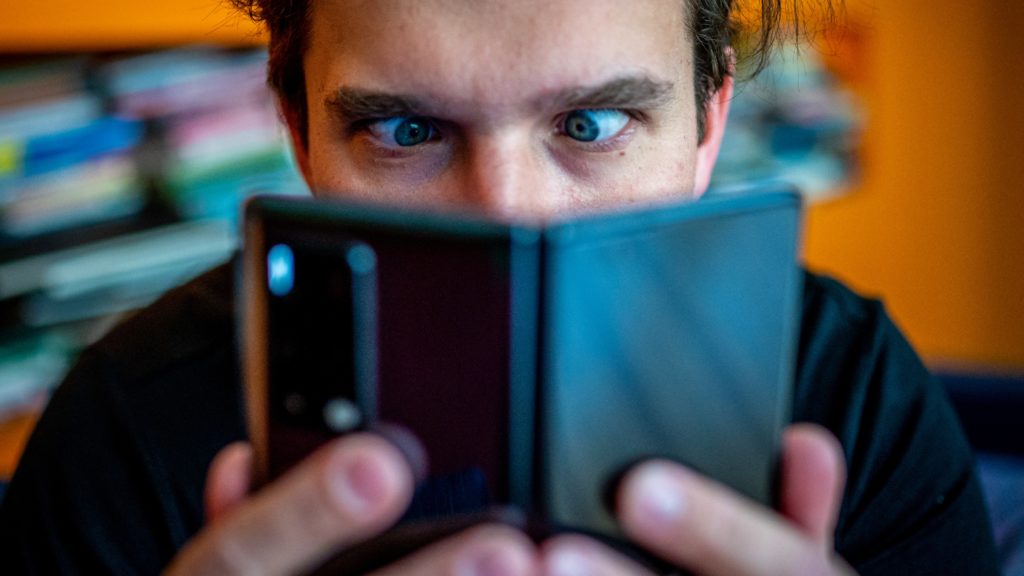 What was seen only in sci-fi movies a decade ago became a reality in 2019: Huawei and Samsung (and not long after Motorola) came up with commercial smartphones that had a bendable display. While the Huawei Mate X and the Samsung Galaxy Fold were both mobile and openable small tablets, the Motorola Razr riding the retro wave evoked the old clamshell phones with its flexible screen. The first swallows hit the stores at horrible prices, and although they were usable, they all suffered from some sort of childhood disease. You might not get the term used but these are based on the latest technologies not tested and trial to the core and not some cheap phones that you can buy at a pocket-friendly price. For those of you who might be interested, the Vivo Y22 Official price just got a cut and you can buy it at a much more affordable price right now.

For example, the premiere of the Fold, which has both an external and an internal screen, had to be postponed based on the experience of the first journalist tests, and with the Mate X, for some reason, the Chinese thought it was a good idea to place the bendable, but essentially plastic, display on the outside of the device. In 2020, the successors arrived: the Galaxy Z Fold 2 was a major step forward compared to its predecessor, but the Mate Xs essentially only received wrinkles, the biggest weak point of the device remained: the flexible but fragile screen was also moved to the outside.

In recent years, Huawei has been hit hard by US sanctions on the mobile front, as a result of which (among other things) they cannot use Google Mobile Services and the popular applications associated with it. The lack of services that are part of the everyday life of many people can be seen in the company’s results, but at the same time, Huawei has not thrown in the towel: it is building its own mobile ecosystem with full steam and has not pulled the emergency brakes on the development of new devices either. As a result, the manufacturer’s third smartphone with a bendable display appeared this spring, which was marketed in China under the name Huawei Mate X2.

The biggest change is that, like the Galaxy Z Fold, this mobile can now also boast two screens:

there is an exterior that allows the device to be used as a traditional smartphone, and when opened, the flexible screen is revealed, thanks to which the Mate X2 functions as a tablet. On the other hand, the company not only copied the solution of the South Koreans but also leapfrogged it, as the most annoying feature of the Fold models was eliminated, that when closed, due to the hinge, the bottom and top of the phone do not meet perfectly, giving way to dust and to other dirt. In return, we have to give up the advantage of the Galaxy Z Fold 2, that the hinge of the bendable display can be adjusted, i.e. not only is it in an open and closed state, but the screen stops even when it is folded in at 90 (or other) degrees – which came in quite handy, for example, when we wanted to take stable photos or videos. 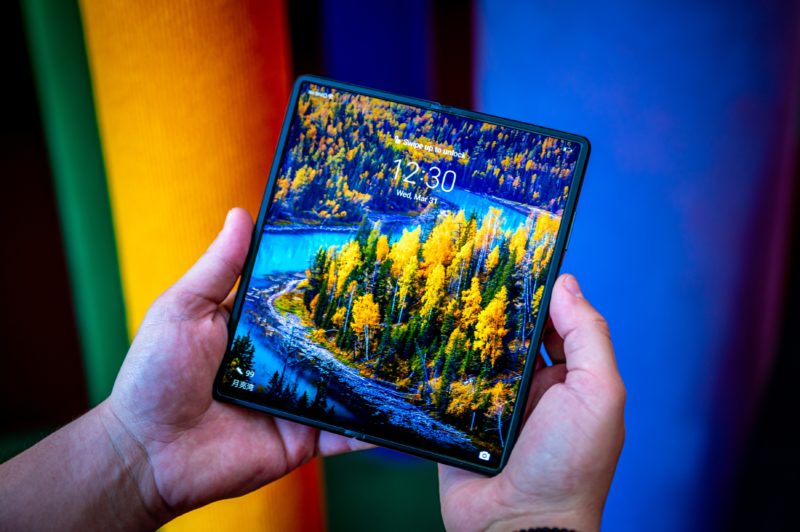 Upon opening the Chinese wonder phone, users are greeted by an 8-inch OLED display with a 90 Hz refresh rate and a resolution of 2480 x 2200 pixels. You can see and feel the crease in the middle, which for the time being is an inevitable part of such special screens, but this does not affect the use in any way. In terms of its dimensions, the Mate X2 is a flexible display with the largest internal surface to date, so the tablet experience is a given: it’s better to browse, play games, and even read, especially when you pick up digital comics. And not only because of the size, it’s great that you can fold a tablet out of your phone when you take it out of your pocket, but also because Huawei’s self-developed user interface provides a well-functioning split screen and floating windows, so after some learning, you can really make good use of the much larger interface than smartphones. if you are not into that kind of advanced stuff you can always look into the Realme mobile C35 price in Pakistan.

Another big advantage is the hardware hidden under the cover, which basically copes with everything: the Kirin 9000 processor is made with 5-nanometer manufacturing technology, 8 GB of RAM, a maximum of 512 GB of internal storage, which is complemented by such niceties as 5G, WiFi 6+ or even Bluetooth 5.2. The battery could be slightly larger, as we only get a 4500 milliampere-hour battery, and despite the 55-watt wired charging, the Chinese for some reason skimped on the possibility of wireless energy transfer from this device. 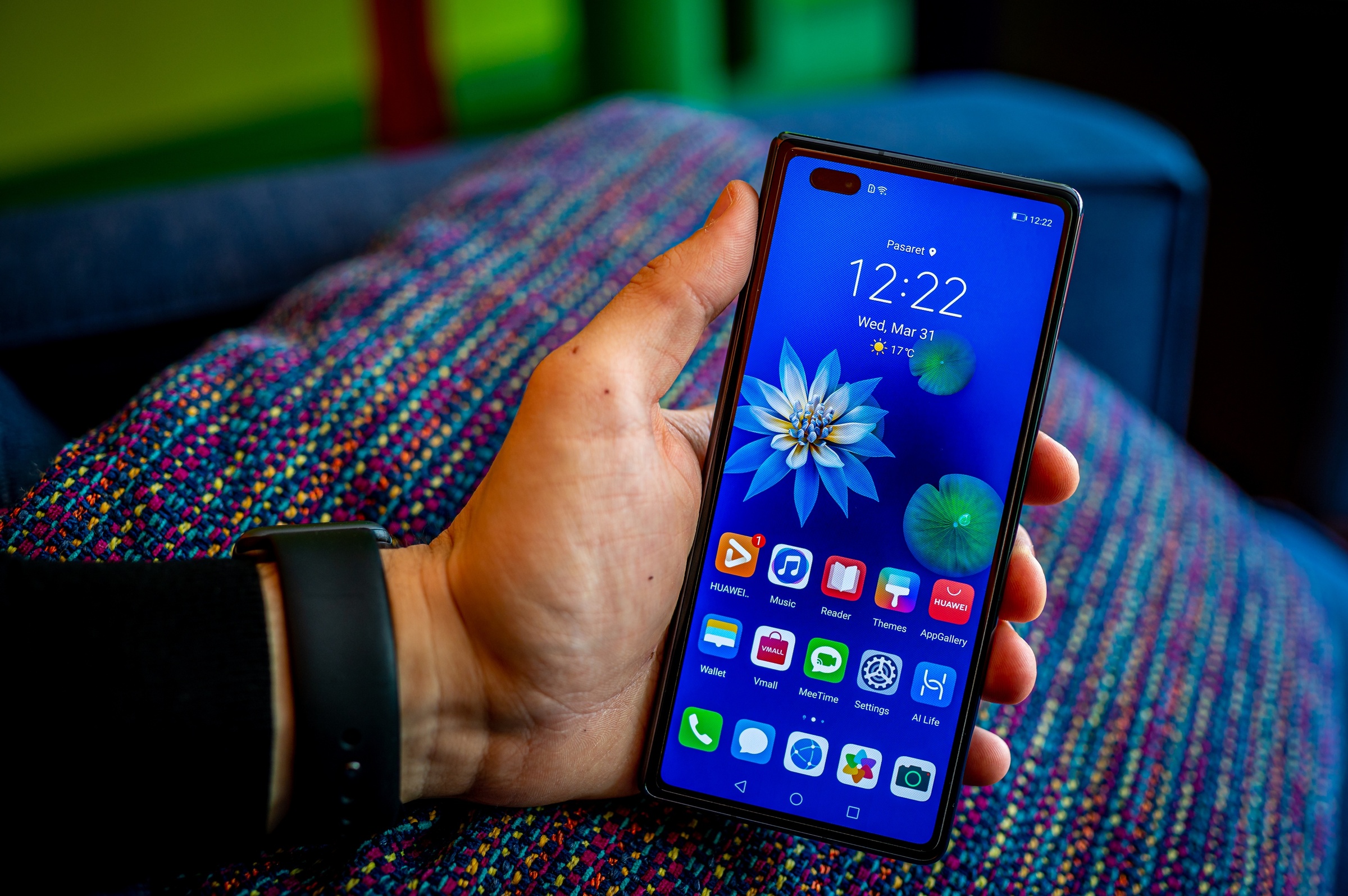 It is also worth mentioning the photography department, which Huawei always pays a lot of attention to. A 16-megapixel selfie camera is located in the hole cut into the display at the front, but the four on the back are much more interesting than that. In addition to the 50-megapixel main camera, we get a 12-megapixel telephoto lens, which is capable of 3x optical zoom, and an 8-megapixel periscope unit, which allows 10x optical zoom, and all of this is complemented by a 16-megapixel wide-angle unit. Except for the latter, we get the same as in the case of the Huawei Mate 40 Pro+,

so we can talk about an excellent device in terms of photography and videography as well.

Due to the well-thought-out and software-supported bendable display, the premium design, the striking hardware, and the excellent rear cameras, we could easily say that the Mate X2 is a particularly attractive mobile/tablet hybrid – but there are two very significant problems here. 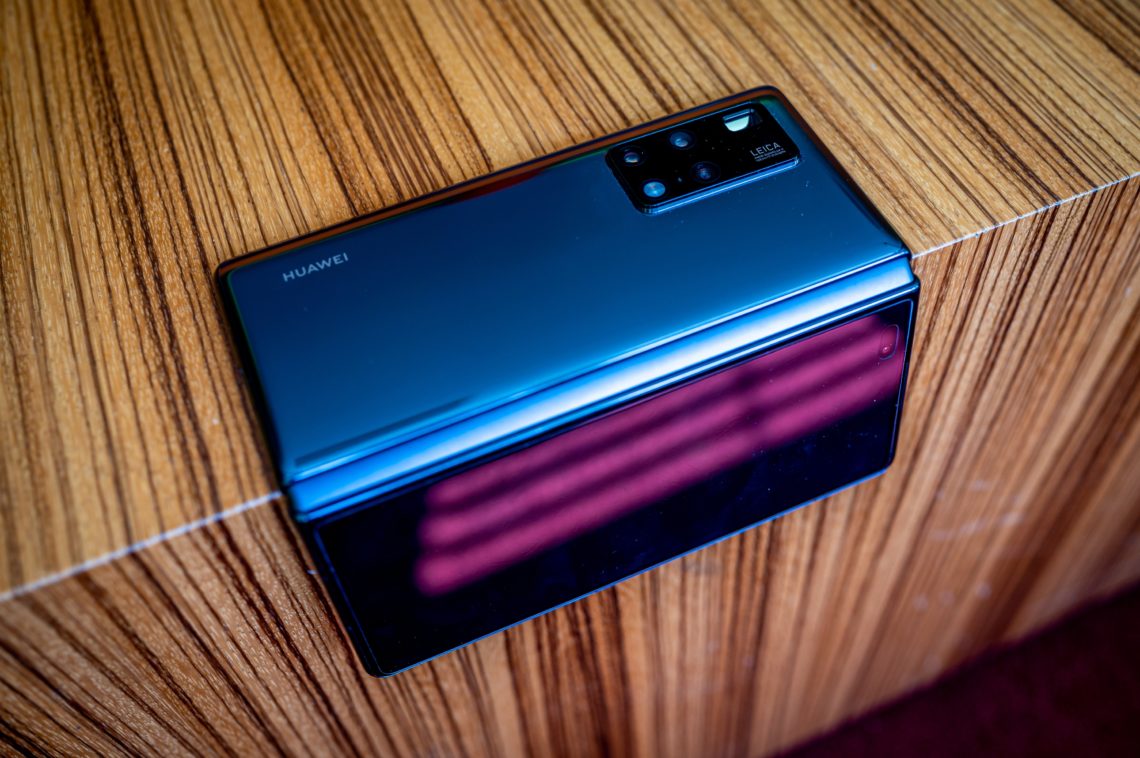 Won’t Make it Outside of China

If someone likes the phone, they should know that Huawei launched it only in China, and for an amount equivalent to approximately Rs. 518000 (USD. 2297), with which the manufacturer remains the leader in the segment of phones with a bendable display – moreover, if the Mate X2 were to reach other regions, then the price it would jump would be over a million. However, there is not much chance of its arrival, due to the blanket ban on the company, due to the United States’s security policies: the test phone did run Android 10, but without GMS, i.e. Google services and applications, which is why the amount asked for it seems even wilder – and the manufacturer is also aware.

There is no doubt that for the third time, Huawei has put together a mobile phone with excellent capabilities and a well-functioning flexible display, but due to its price and software shortcomings, it does not make much sense to distribute the device outside of China. Not only because of the improved Galaxy Z Fold 3 but Xiaomi and Tecno’s first phone equipped with a flexible screen are also coming this summer, and these can be more attractive purchases not only because of the presence of Google services but also because there is a good chance that they will be cheaper than the recently debuted Mate X2. The new Foldable addition to the Tecno mobile price list has excited many in terms of affordability but let’s hope the brand could launch it on time, in the coming year